July 23, 2018 No Comments ADP, Fantasy Draft, Stuff Jeff DiMatteo
Welcome to the third installment of our ADP review for the 2018 fantasy season.  As in my previous articles, I have altruistically included some interesting information to assist my fellow fantasy football fanatics in making their picks.

For the sake of being transparent, the scoring format I’m using is based on basic PPR scoring with 4pt passing TDs in a redraft style league. All ADP information is available on http://www.fantasyfootballcalculator.com. So, without further adieu, the 6th round….

The ADP on www.fantasyfootballcalculator.com, reflects the 6th round as follows: 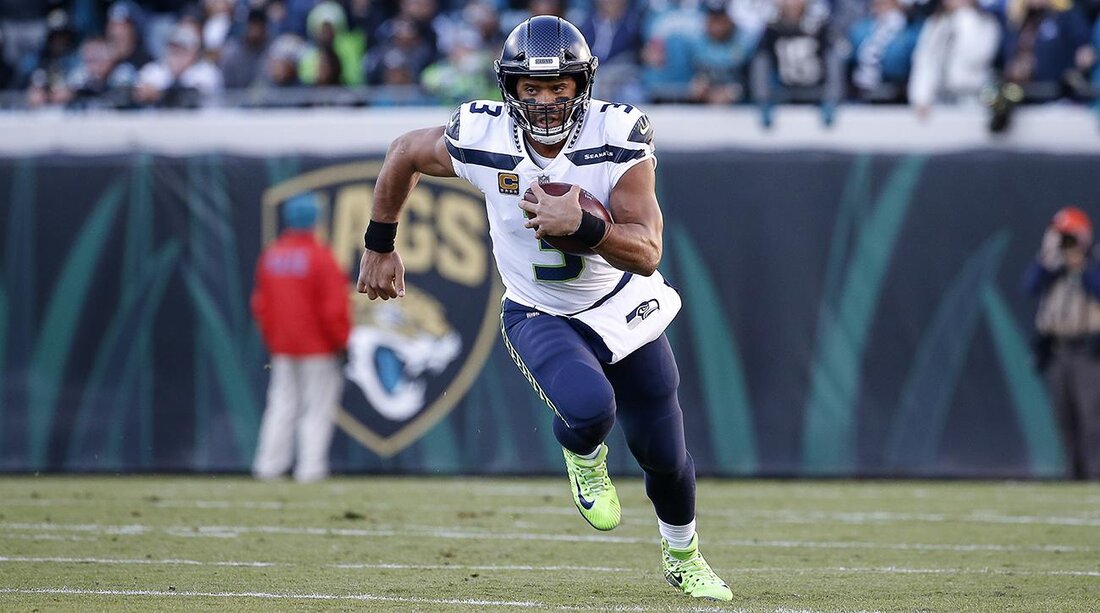 Russell Wilson is consistently a top QB option and 2018 will be no different.  We’re starting to get to a point where we’ll see Quarterbacks come off of the board.  If you’re feeling really good about your WR/RB combos, Wilson certainly will give you a positional advantage most weeks.  Personally, I’d roll with Corey Davis prior to picking up a QB. Cousins or Garoppolo might also be good options at the end of the 7th or top of the 8th rounds if you go position player here.

Sammy is wearing his 3rd team uniform in 3 seasons.  Last season, he proved he could remain injury free throughout the bulk on an NFL season.  The issue though, is that he still isn’t seeing the volume he would need to be a starter. If you’re drafting him here it should be as a depth WR rather than counting on him to be in your starting lineup on a weekly basis.  Other players with a higher probability of getting volume are Michael Crabtree, Corey Davis, Cooper Kupp, and DeVante Parker. Bottom line- I’d feel much better about Sammy as a 7th rounder.

In PPR formats Cohen should be viewed as an RB3 with upside.  You’re drafting him for depth, big plays in the passing game, and for the occasional vultured TD from Jordan Howard.  There’s been a lot of chatter about him getting moved all over the formation and even used in the slot; similarly to how Duke Johnson was deployed in 2017.  Cohen has the skill set to be a major factor. In this spot, I prefer him to Marlon Mack and Kerryon Johnson who have similar ADPs.

Father time continues to be thwarted. So far, he hasn’t found Brady as this “ageless wonder” continues to dazzle with high TD and low int numbers. I prefer Brady to Wilson only because Wilson’s style of play opens him up to more injuries and that’s bad for my blood pressure.

2017 was a lost year for the Raiders offense- they had numerous issues but a lone bright spot was Crabtree’s 8 TDs.  However, I tend to avoid WRs that are on new teams, over 30 and play on shaky offenses. Crabtree hits all 3 of those buckets…He may see the bulk of the targets but this guy has only hit 1,000 yards receiving twice in his 9 NFL seasons.  I’d have to be really hurting to take him this high.

You may have already noticed my love for Corey Davis in my last article and even earlier in this one.  He’ll be the WR1 for the Titans in 2018. Matt Lafleur will bring his version of the Shanahan/McVay offense to Nashville so we can expect quick reads and for Davis to be funneled targets.  The 5th pick in the 2017 NFL draft has the size and makeup to be a WR1 similar to an AJ Green or Julio Jones. Buy him as low as you can in dynasty and take him as a big-time value play right here in a redraft.

Engram was huge for me last year as I plucked him off of the waiver wire.  This year we won’t have that kind of luck. The Giants are stacked with weapons- Odell Beckham is back, Saquon Barkley comes in to solidify the RB position, and Sterling Shepard is healthy too.  Targets may be hard to come by but I’m expecting Eli to find a lot of wide open pass catchers in 2018 and all of them should be fairly efficient. If you’ve already used your top 5 picks on RBs and WRs,  grab Engram here or wait until the 7th and grab Delanie Walker (we’ll talk about him next week).

I really don’t know what to make of Steve Sarkisian’s play calling except to say it’s poor. Tevin Coleman is a tremendous weapon but he’s still second fiddle to Devonta Freeman. You’re drafting him as a handcuff here (which is too early) or as an RB3 (which is also too early). In 2019, he’ll be wearing a different uniform and his ADP should go through the roof. Remember this stat line- 900 total yards 30 catches and 8 total TDs. That’s what Coleman is bringing to the party. I’d rather roll the dice later on with Isaiah Crowell or CJ Anderson.

4 Game suspension or not, Edelman offers a high floor in PPR formats.  Once he returns he’ll be immediately plugged in as a starter in most lineups.  Big value here especially down the stretch as you’re jockeying for playoff position.  He’ll still outscore Chris Hogan who is going in the 5th round.

His TD rate and performance from 2017 isn’t truly sustainable but Wentz should still be viewed as an elite or near elite option at the QB position.  He has plenty of weapons, leaky in a division defenses, and great coaches. Expect him to be a top 3 QB in 2018.

In my opinion, Mack’s value is a little inflated here.  The Colts have no other proven options on the roster and with the return of Andrew Luck we can expect softer fronts for Mack in the running game.  If you’re brave enough to grab Mack here then you should keep your eyes on Nyheim Hines as a possible handcuff or even replacement this season.

Fuller appears to be healthy again, but for how long?  There’s no denying his ability to get behind a defense and give you a long TD but we really need to see him stay healthy for a full 16 games.  This is a bit early for me, I’d love it in best ball formats but not in normal head to head. There are 5-6 other WRs that I would rather have here we can talk about 3 of them next week.

We have a bonus pick here as fantasyfootballcalculator.com uses average ADP.  Due to this measurement, we have another guy in here at 6.12. I love Kerryon Johnson in 2019 but this might be early for a guy in a full timeshare this year.  If anything happens to the aging LeGarrette Blount though, Johnson would be the primary beneficiary and would go from barely rosterable to borderline flex player.

By round 6 you should have a sense of how the other owners are constructing their rosters and you can start to assess what players might be available later in the draft.  Your roster likely has most of your starters and now we can balance positional advantages vs depth and bye week filling. For my money, I’m rolling with Corey Davis if I can get him here; however, I wouldn’t be upset with getting Wentz, Engram, Cohen, or Edelman.  Remember, if you don’t love a player here, and can’t trade out, then roll with a guy that helps you during a couple bye weeks.

The 6th round is where we can expect to see a run on QBs in a lot of leagues.  Some name brands like Newton and Brees may be over-drafted here- avoid drafting based on what they’ve done in the past but rather what they’re likely to do moving forward.  I love Wentz, but guys like Garoppolo, Cousins, Luck, Stafford, and Rivers can be had much later if you have a difference maker at another position available to you in the 6th.

As always, I hope this helps you build your draft plan and keeps you from being caught off guard when you’re on the clock.  Next week, we’ll cover the 7th round. Until then, happy drafting!

Be sure to check out some of our other work